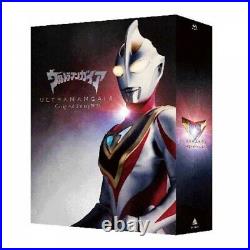 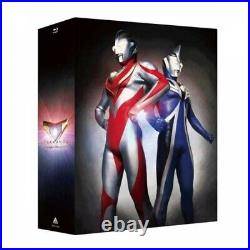 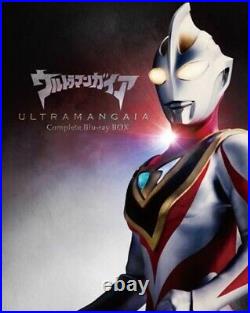 The popular work, which still has hot fans in its precise settings, has been revived as a Blu-ray in modern times with the highest image quality by HD Remaster 2.0V. TV, theatrical version, OV and “Ultraman Gaia” are all in this Complete Blu-ray BOX. This is the definitive edition of “Ultraman Gaia”! Ultraman Gaia is a Japanese tokusatsu TV show and is the 14th show in the Ultra Series. Konaka as series composer and produced by Tsuburaya Productions and Mainichi Broadcasting System (MBS TV), Ultraman Gaia was aired on JNN TV stations TBS, CBC, MBS, etc. From September 5, 1998 until August 28, 1999, with a total of 51 episodes. Condition: Brand New Brand: Ultraman Gaia Format: Blu-ray Title: Ultraman Gaia Complete Blu-ray BOX Label: Bandai Visual Director: Kazuo Sagawa, Hirochika Muraishi, 3 others Cast: Takeshi Yoshioka, Hassei Takano, others.. Producers: Kazuo Tsuburaya, 4 others Language: Japanese Region code: A Screen size: Standard Number of disc: 10 Audio method: Linear PCM stereo / Some Dolby Surround Duration: Total 29 hours 58 minutes Edition: Limited Edition Release date: 2/24/2016 Country of production: Japan Packing dimensions: 18 X 14.2 X 5.6cm. [Notice]: Region code of this Blu-ray is a A. From the end of April and the beggining of May (around Apr 27 to May 7) – in the middle of August (around Aug 10 to Aug 20) – from the end of December to the beginning of January (around Dec 28 to Jan 6). Thank you for to see my list : I live in Tokyo Japan. And I love Japan and Japanese items! Please check out our other items! We deal only genuine products. You need checking yourself but we will help you reduce custom duty. Lacking of accessories is not acceptable. This item is in the category “Movies & TV\DVDs & Blu-ray Discs”. The seller is “japantokyoseller11″ and is located in this country: JP. This item can be shipped worldwide.